Anna de la Vega’s work to change the way we think about our food waste is winning her national and international recognition. It stemmed from the Master’s she studied at Nottingham Trent University.

Anna graduated with distinction in Human Security and Environmental Change and went on to establish her own business in Lady Bay, creating wormeries for urban environments and educating people about the value of worm compost as a fertiliser.

Most employment opportunities in her field after graduation were in London, but Anna wanted to stay in Nottinghamshire and so set up her own business, The Urban Worm, in Lady Bay where her wormeries are located. She has turned wheelie bins into wormeries, created a worm farm at HMP Birmingham and also guest lectured at NTU’s Brackenhurst Campus. She has been invited to be a Fellow of the Royal Society of Arts for her contribution to food security and soil health. 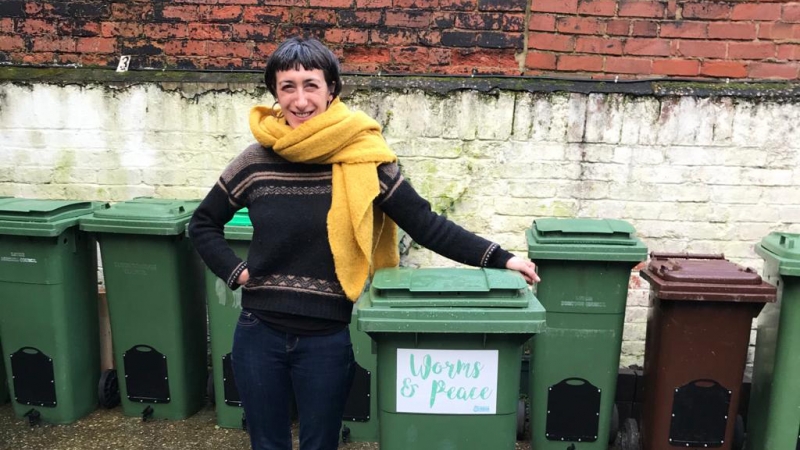 “My thesis was on food security and urban agriculture and it was while working on that I realised what a dire situation the food system is in. I wanted to set up my own business to do something about it.”