Data has taken iScout founder, Darren Robinson, on a journey he never expected to take; and he has been helped along the way by Nottingham Trent University.

With over 25 years’ experience in professional football, Darren has worked on five continents as a coach, performance manager, head of player recruitment and one of the highest qualified coaches in the UK. But he wanted to do something else, something more. He wanted to build a legacy,

In 2017, Darren took his leap of faith and founded iScout; with the aim of levelling the football playing field by combining both qualitative intelligence and empirical evidence to help match the right player to the right club. This was the first introduction to the market place of A Licence-standard scouts observing players on the ground that is combined with the intelligence of data analytics that consider a club’s playing style, ethos and budget structure.

Darren received help for his business for The Big House Accelerator, run by NTU for small businesses ready for growth. Before joining the Accelerator, he was running iScout as a lifestyle business and wasn’t looking to upscale or for investment. He just wanted support to ‘round off’ the way they worked. 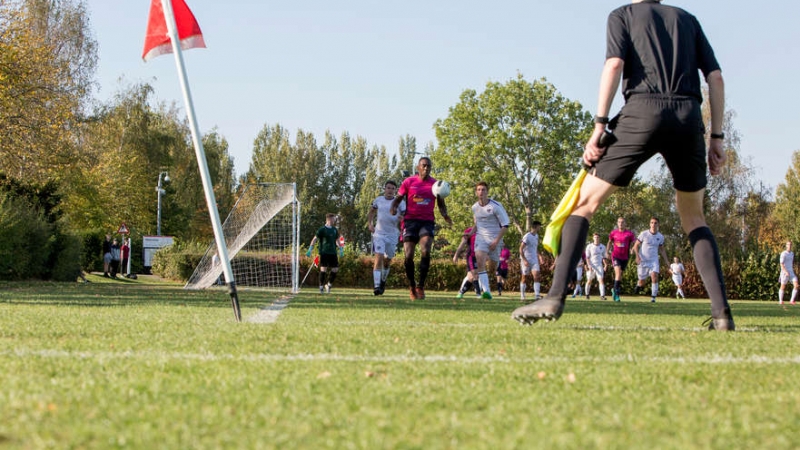 Less than a year later and following the NTU support programme, iScout won £209k funding from Innovate UK to develop the first commercially-available AI programme in football. This will be capable of predicting how a player will perform in specific situations, such as alongside a potential teammate or playing in a different position. They were one of only 17 businesses chosen for investment, from 2,400 hopeful companies.

As a result, Darren is firmly focused on upscaling and rebranding; taking iScout from a scouting service that uses analytics to an AI software as a service platform.

“The Big House team delivered on the promises they made and took a really genuine interest in how businesses were developing and learning. Compared to other programmes I’ve been involved with, it’s been the best by an absolute mile.”

The Hive - an incubator for entrepreneurship