As President of Nottingham Marrow, student Jesse Lewendon signed up a record 1,500 volunteers, supporting the local campaign to #findamatchforlilya, a local girl from Wollaton with acute lymphoblastic leukaemia.

Nottingham Marrow work alongside the charity Anthony Nolan to help save the lives of people with blood cancer by signing people onto the stem cell register. This contains potential donors who may be tissue matches for those with cancer, with stems cells having the ability to regenerate good cells to get rid of the bad ones.

Originally set up at the University of Nottingham 21 years ago, Marrow has gone from strength to strength and now encompasses over 55 universities throughout the UK and globally, signing over 150,000 people onto the register since 1998.

As President of Nottingham Marrow, Jesse led a team of student volunteers to sign up bone marrow donors in the crucial 16-30 age bracket. His work and enthusiasm saw signups treble, with a record 1,500 volunteers last year and almost £3,000 raised for the Anthony Nolan Charity. 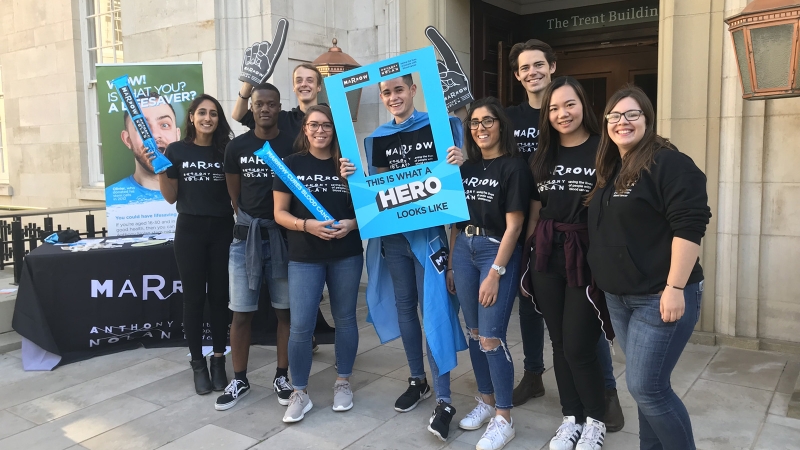 Jesse received an award for his efforts from the Vice-Chancellor at the 2019 Civic Graduation Dinner, and won the prestigious Simon Dyson Volunteer of the Year Award at the Anthony Nolan Supporter Awards 2019.

The future’s looking bright for both the charity and Jesse, who, after graduating, has joined them for an internship working on youth engagement.

“Being part of Nottingham Marrow has been absolutely amazing and receiving this award means that Lilya’s legacy continues to live on, within Nottingham Marrow and the other Marrow groups I’ve been able to support”

Is COVID-19 affecting your health?